Anime Workouts – It has been confirmed more than once that our much-loved heroes are not born with immeasurable strength. For the most part, it was the effect of grueling training and hard work. 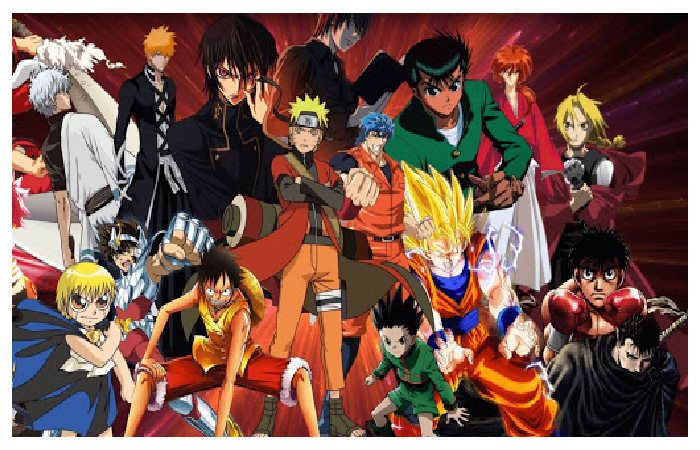 The anime fan community has once again gathered to discuss their favorite subject. Today’s program: which workouts from their favorite series have marked them the most? They then voted, which made it possible to establish the classification we are proposing today. In this article, we are going to talk about 15 Crazy Workouts you can Only See in an Anime

1. Toriko in the Gourmet World (Toriko) 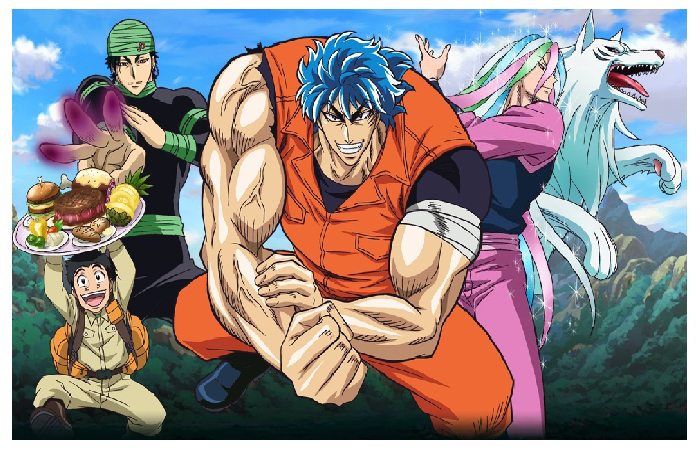 It all begins with a request from Ichiryu. Eager to train Toriko, he sends her without too much information to the terrible Gourmet World. To succeed in his mission, our hero will have to bring back a list of unusual ingredients: meat from a beast capable of destroying humanity, ore from a cave with gravity 10 times higher than usual. In short, Toriko has to go to the end of this dangerous journey, which will undoubtedly make him grow stronger.

2. Rico and Legu are Confronted With the Monsters of the Abyss (Made in ABYSS) 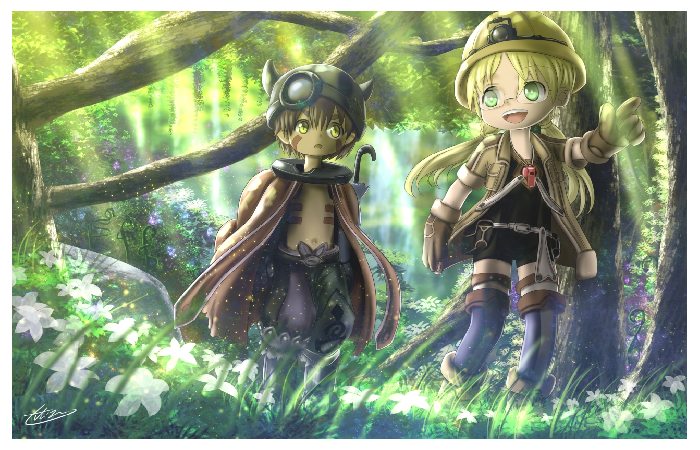 The Rico and Légu meet the mighty Ōzen in the second tier of the Abyss. After initially attacking them, she ultimately decides to train them to survive the hostile place they find themselves. For this, Ōzen asks Rico and Légu to fend for themselves for 10 consecutive days. Despite the danger of the terrible monsters that could end the two children’s lives, Ōzen chooses to stay in the background to observe their progress.

3. Seto Kaiba and the abuse practiced By His Father (Yu-Gi-Oh)

Seto Kaiba is far from having lived a silent childhood. The Seto Kaiba’s father, Gozaburo Kaiba, was a ruthless being who wanted to harden his son by any means. With this objective, he then made him study, night and day, the world of business and the duel of monsters. It is not revealed or shown in the anime, but Yugi’s rival was tied to a desk for months. If he didn’t stay focused, then he would get hit by his father.

This cruel treatment will have served him at least for one thing. Arrived at a certain age, Seto Kaiba was so intelligent and ruthless that he succeeded in taking the company back from his father’s hands. 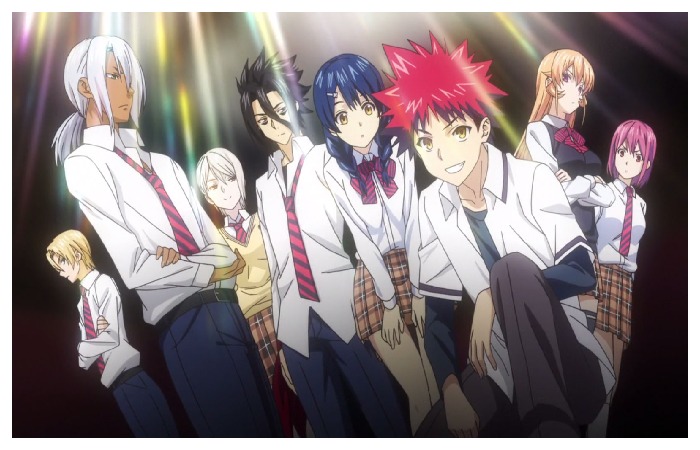 At Tootsuki Academy, you don’t learn combat, but the art of cooking. The students of this prestigious school, where only 10% come out with a diploma, must scramble to hope to stand out. Sora and his comrades must then prove themselves after multiple culinary challenges. Some of them are also sanctioned with final expulsion from school.

One of the trials visible in the anime is that each student serves at least 200 dishes in just a few hours.

5. Pressure From Kōsei Arima’s Mother (Your Lie in April) 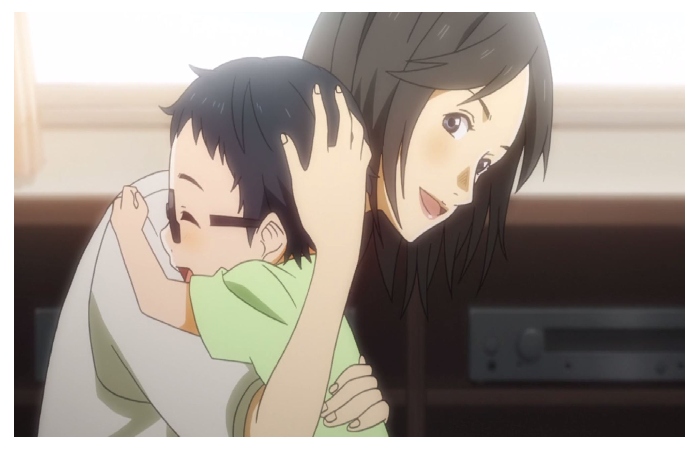 Saki Kōsei was a specialized pianist with an uncommon disease. Moreover, this, coupled with her son’s natural talent for music, pushed her to want Arima to become a pianist in her turn. Saki finally went too far. She notably forced Arima to play for hours and did not hesitate to beat him if he strayed from his directives.

This strict training left a deep mark on the young man who could not touch a piano again upon his mother’s death.

6. The Terrible Workout of Jackhammer (Baki The Grappler) 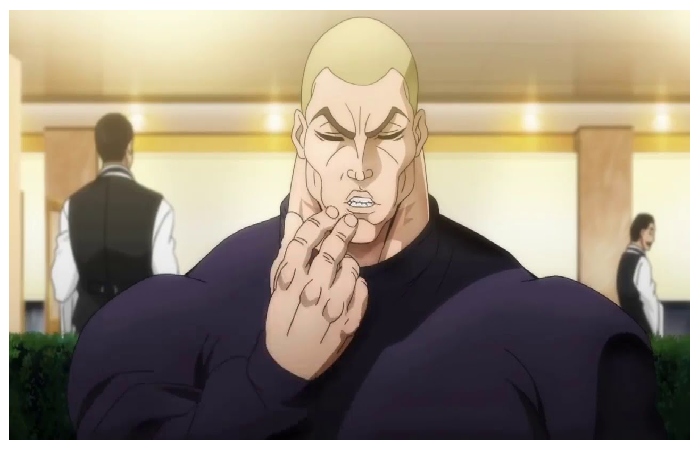 Wanting to get revenge on his father, Jack Hammer offered himself as a sacrifice. In order to develop his musculature, the fighter trained for twelve hours in a row to hit a punching bag. He did not allow himself any pose, not even to eat or drink. Jack even decided to go further. After he meets with Dr. John, he chooses to take super strong steroids. He will also abuse it, which will harm both his mental and physical health.

7. The Navy Methods Used by Tanya Von Degurechaff (Saga of Tanya The Evil) 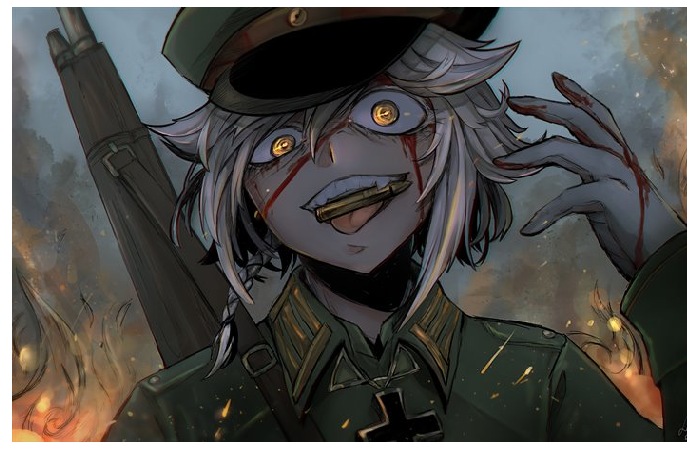 Tanya Von Degurechaff is an adamant instructor with her troops. For a good reason, the ruthless commander does not want her soldiers to succeed. Her hidden goal is to live a peaceful office life. However, his battalion of elite mages successfully passes their various trials. These are incredibly intense and are inspired by the “hellish week” of the Navy SEAL.

8. The Training of The Dreaded Saitama (One-Punch Man) 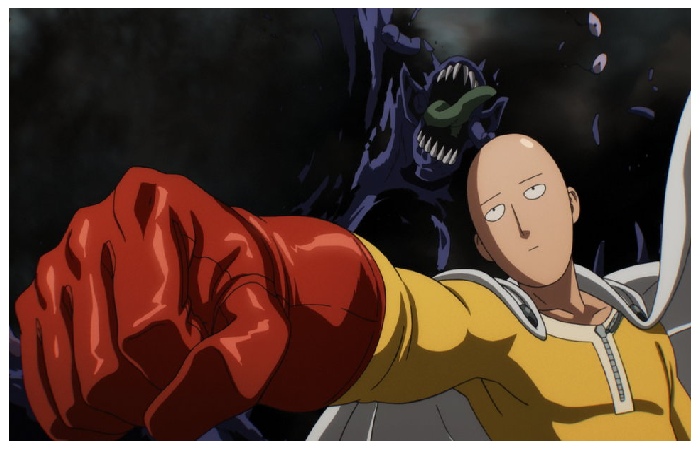 Through his training, Saitama has become powerful enough to defeat any opponent with one punch. But how did he arrive at such a result? Daily, the hero got down to doing: 10 km of running, 100 pushups, 100 sit-ups, and 100 squats.

If his other anime comrades’ training seems quite light, his practice is much more realistic. And thus allows the spectator to represent the hardness of such work better.

9. Izuku Midoriya and His Preparation For One For All (My Hero Academia) 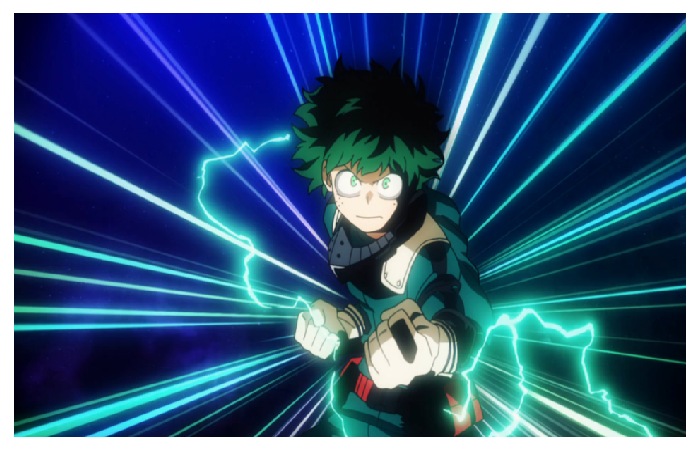 Izuku Midoriya is among the 20% of the population without any Quirks. He is then chosen by the great superhero All Might to become his successor and acquire his powers. Before that, and in order to prepare his child’s body, Izuku must triumph over laborious training. This consists of lifting heavy things like weights or even cleaning a whole beach infested with garbage.

The young boy goes even further by increasing his efforts and exercises. But even despite this, his body does not cope with the acquisition of this new power, and it is not infrequent to observe him hurt himself while using it. 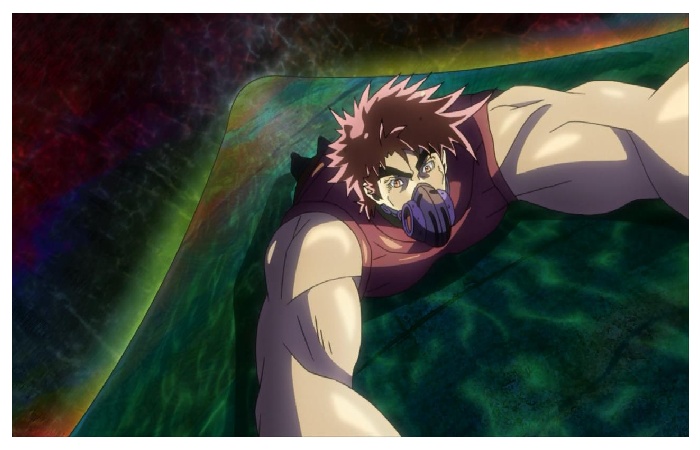 To help them better control the wave, Lisa Lisa forced Joseph and Caesar to climb a pillar several meters long covered with oil. Joseph had one more constraint because he wore a mask that regulated his breathing. This marks the beginning of their training undertaken to defeat the men of the pillar. 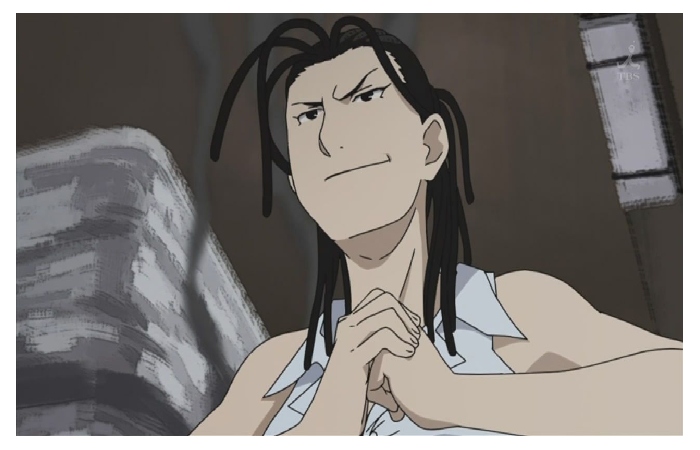 Izumi Curtis took Edward and Alphonse Eric under her wing. She first forced them to leave for a month on the deserted island of Yock, only provided with a knife and a proverb to decipher. The rest of the training of the two apprentices was just as littered with beatings and violence…

Her own equally rigorous training inspired Izumi Curtis. For a month, she was forced to survive in a frigid nature and fight against polar bears.

12. The Education of Guts by an Abusive Father (Berserk) 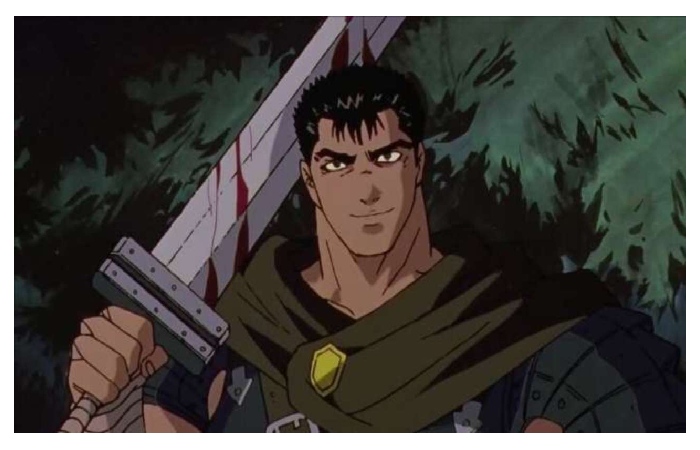 Guts began a mercenary life under Gambino’s tutelage from the age of six, his adoptive father. He was then trained to wield a heavy sword twice his size. This habit will follow him until his adult life.

The young boy’s physical training was not the only test he had to overcome. Guts were mistreated by Gambino, who did not hesitate to sell the child’s body.

13. The Long Road of Martial Arts for Kenichi (Kenichi, The Ultimate Disciple) 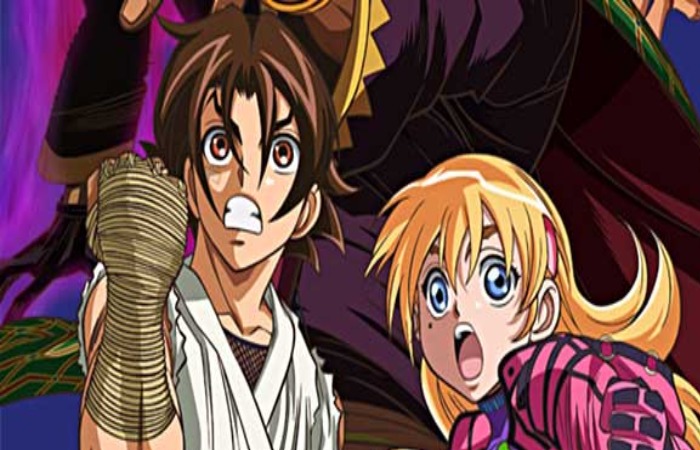 Some anime-only dedicate an episode or two to training sessions. This is not the case for Kenichi, the ultimate disciple. Young Kenichi seeks to create his fighting style. He decides to become the disciple of great masters of martial arts with very different types from each other.

The training then promises to be very rigorous: isolate yourself for several days in a cave filled with traps, do sit-ups with your legs suspended and over a fire.

14. The 50 Years of Training of Isaac Netero (Hunter X Hunter) 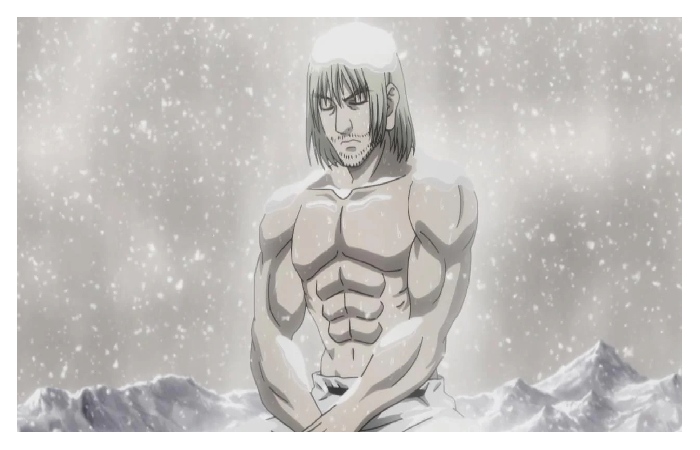 In Hunter x Hunter, many characters have gone through strenuous training. But their small business is nothing compared to Isaac Netero’s self-training. Already an expert in martial arts, the human-made the decision to isolate himself in the mountains for 50 years. His goal: to throw a series of 10,000 punches every day.

Over time, the duration of the sequence went from 6 p.m. to just an hour. It is, therefore, an incredible accomplishment that the lover of martial arts achieves. The fruit of his hard work is evident during his fight against Meruem. 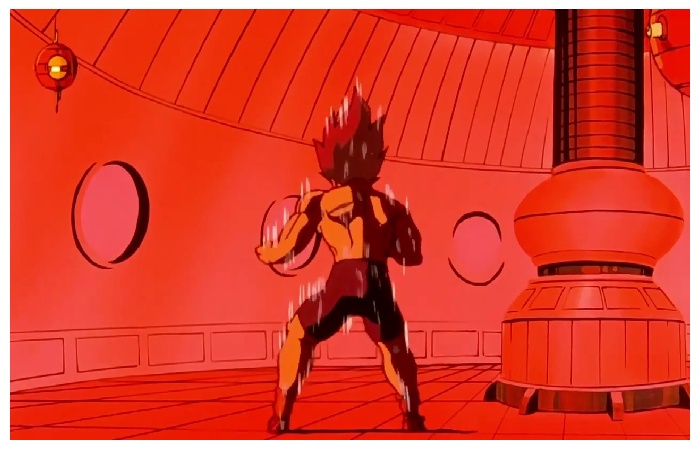 Vegeta doesn’t laugh with his training. Intending to overtake his rival Son Goku, the Saiyan warrior regularly runs out in Bulma’s gravity room. This allows him to do sessions under a gravity 450 times greater than that of the Earth.

The process seems, in any case, to bear fruit, given the ever-greater power with which the warrior amazes us with each episode.

6. during our intense stretching workouts, our teachers push down on our joints til we cry anime quote

32. anime inspired workouts before and after

5 Skinfood Bestsellers Your Sister Will Love

Winter Dilemma: What Will Happen If You Don’t Wash Your Hair for a Month?

Phototherapy and How it Treats Skin Rash and SAD

10 Benefits of CBD Oil Food Supplement for Your Daily Wellness

In addition, you can find more helpful resources at Tockhop

What To Do After A Car Accident?

5 Skinfood Bestsellers Your Sister Will Love

What kinds of situations give rise to a lawsuit for birth injuries?

The Benefits of a Boiler Cover

Match With Your Toddler’s Style With These Screw Back Earrings

The divorce rate in the country is steadily rising. This is a very common occurrence in today’s society, and most…

Autumn Essentials Fashion Guide – The nights are beginning to draw in, the leaves are slowly starting to turn and…