How to Announce Your Engagement on Social Media

4 Ways to Age More Gracefully Than You Thought Possible

Is CBD Oil Safe For Dogs?

Is CBD Oil Safe For Dogs? – Above the concern for effectiveness and relief of what ails our pets, physical and emotional safety should be our number one priority. And Cannabidiol doesn’t get a free pass when pet-owners are screening for safe alternative treatment. It’s the common knowledge of many dog-owners that chocolate should never be given, and anything with Xylitol (read more) and artificial sweeteners. But can CBD be given freely to your pets regardless of their state?

Many studies have been done for Cannabidiol in terms of safety, though most of them comprise furthering the use of Cannabidiol for various illnesses. It is well-known for veteran users that Cannabidiol can assist in addiction instead of cause it, bring relief to many aches and pains, and even addresses anxiety at some point. So if you’re asking if CBD is safe for your pet dog, our answer is yes, and you can buy CBD oil for pets from sojihealth.com.

Cannabidiol is known as CBD by many long-term users. It can be found in all cannabis species, but most specifically, it is abundant in Hemp. Therefore, one of the reasons why Hemp is widely used as the source of many CBD products is its copious amounts in the plant. Another reason being Hemp has one of the lowest THC counts in any cannabis species. But why are we concerned about THC and its amount in CBD products?

THC is known as delta-9-tetrahydrocannabinol or tetrahydrocannabinol. It is a compound found in cannabis alongside CBD. Under US federal law, THC is listed under schedule 1 (link: https://www.dea.gov/drug-scheduling), which means it is illegal in most states. If found to have THC residue in any drug tests, you will be serving jail time and/or a hefty fine. If caught circulating marijuana and other drugs, you will be held in court and promised a lengthy jail time.

Another reason why THC is badly accepted is its effect on dogs and other mammals. THC is poison to their bodies. This substance can cause them to have a sensory overload due to their many abundant receptors found in the brain. The symptoms can range from mild to severe.

Often untreated cases will result in the coma or death of the canine. Once THC kicks in and the vet cannot force your pet to vomit out THC, it’s going to be more complicated to treat them.

Many customers have ways to ensure their Cannabidiol is THC-free. One thing you can do as a pet-owner is checking the company of your choice for their COA. This pertains to the Certificate Of Analysis, wherein it shows a lab report done at a 3rd-party company and reflects the number of cannabinoids present in the formula. More often than not, it shows THC and CBD in its report.

How Does CBD Work On Dogs?

This compound might be minuscule, but it can have pretty large roles to play. This can be said for both human and canine systems, as both species are mammals (CBD works only for mammals with the Endocannabinoid System). On top of that, Cannabidiol was found to have almost half a hundred mechanisms of action under its belt. That means it won’t just relieve your dog’s achy joints, but it can do a whole lot that traditional medicine can’t. 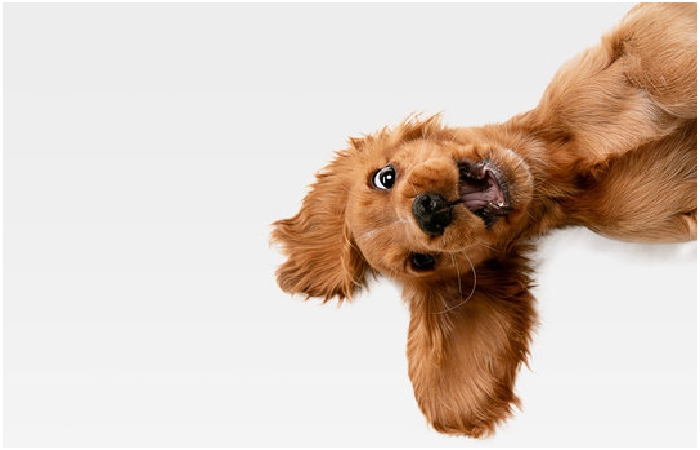 Cannabidiol can also be known as a multi-faceted alternate treatment. This means unlike many drug therapies, where medicine can only focus on one illness or ailments, CBD can enter the body and work to correct anything that upsets the balance of the body. Only reputable companies like Holistapet can deliver quality products, thus work potently on the body. Therefore, it’s a given that quality = potency for many CBD dog products.

The ECS is one of the systems in the body we weren’t taught in school about. This fact is due to the controversies that cannabis has been in since the early 1990s. However, because you’ll be giving them to your dog, it is crucial how the products are metabolized to work on their many health problems.

How Does The ECS Make It Safe?

The ECS processes CBD by allowing it to bind or attach itself to the receptors. On which receptor it will bid to will depend on where the problem your dog is currently having. If it’s a physical ailment, like joint or muscle pain, Cannabidiol will be in the peripheral system, ensuring the site’s inflammation is suppressed. Suppose they’re suffering from anxiety or depression. CBD will enter the nervous system and serve as a mood booster or a calming agent.

Remember that the main objective of the ECS is to maintain or bring back the balance of the body. This includes temperature spikes (fever), hormonal imbalances, and even your sleep cycle. And the best part is CBD will take care of your canine’s problems should they present themselves in groups.

Also, You can find more helpful resources at Technologyify.

A Guide To Choosing The Right Kind Of Pillow

How to Wear Joggers Fashionably?

Check Out Some Of The Side-effects Of Shroomies Gummies Here

A Guide to the Brow Lamination Process

What Kind of Education do You Want to Give Your Child?

Thrive Review: First Impressions of the Products and the Company

Has The Pandemic Impacted Our Skin And Moles?

Simple but Effective Strategy for Boosting Self-Confidence – If you’re like most girls, you probably have times when you don’t…

How to Announce Your Engagement on Social Media

4 Ways to Age More Gracefully Than You Thought Possible

Ways to Age More Gracefully Than You Thought Possible – With the arrival of each birthday, you notice the evidence…